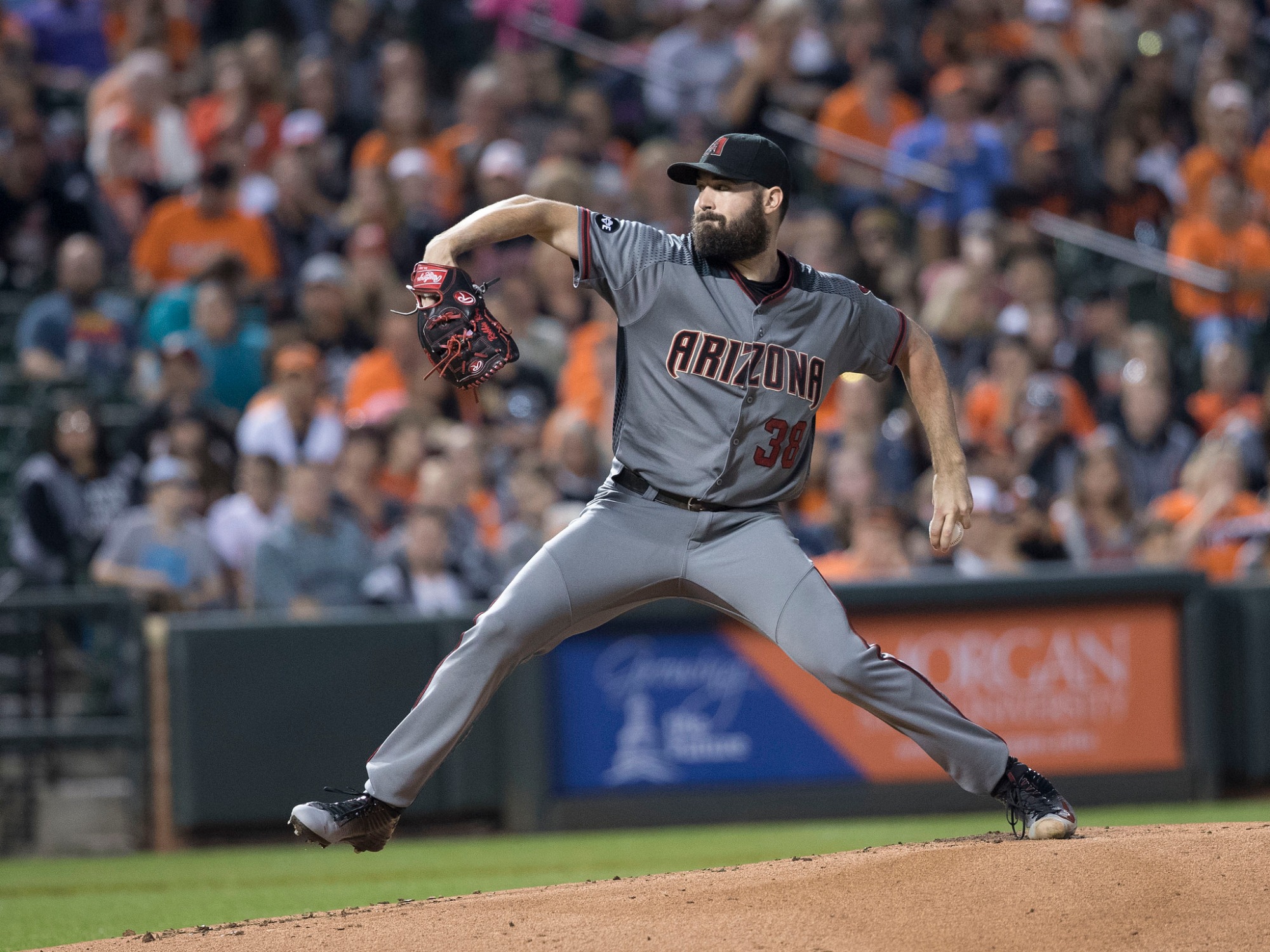 If you have spent any time around a baseball field, you will likely be familiar with the idea of ‘wasting a pitch’ once the pitcher gets to two strikes. Wasting a pitch usually involves throwing a pitch well out of the zone, either to change the hitter’s eye level or to see if he will flail at the pitch anyway. As you move up the ladder however, you will probably begin to learn that pitches are a valuable commodity and wasting them is perhaps not the most efficient way to go about your craft. Instead, you might start to think about using these positive counts to ‘set-up’ a pitch later in the at-bat. This concept of setting up pitches was something that we discussed in detail in our last post also on the subject of the role of data in pitching and taps into the concepts of Pitch Tunneling and Pitch Sequencing – metrics recently updated at Baseball Prospectus.

Stay With Us A While:

When talking about ‘setting up’ pitches, it is disproportionately used in the sense of a fastball being used to set up a secondary offering (Breaking ball, Change-up/Splitter, Sinker). Far less frequently, will you hear about using an off-speed pitch being used to set-up a fastball – such is the subject of our discussion today, specifically in regards to the curveball.

In our last post, you will have seen this image, illustrating how a high fastball can be used to set up a curveball:

These are two well tunneled pitches from Stephen Strasburg and you may recall this comment:

“While that fastball isn’t quite low in the zone, it’s lower than the previous example and as a result, the CB, off a similar plane to the FB finishes below the strike zone.”

The sentiment being that, as a result of starting out on a similar plane to the previous pitch, the curve ball will be more difficult for a hitter to recognize and therefore is more likely to result in a swinging strike or weak contact – both favorable outcomes for the pitcher. However, a second glance at the image above will tell you that these two pitches are in the reverse order. The curveball in this example actually preceded the fastball and scrolling through these match-up charts I found this to be a fairly common phenomena.

Of course, we’re talking about setting up particular pitches and following up a first pitch curveball with a fastball isn’t a particularly notable sequence. Instead, let’s look at an example later in the count, this one again from Strasburg:

Again we see a curve ball preceding a fastball however, this time, they occur in a 1-1 and 1-2 count respectively, resulting in a swinging strikeout from Odubel Herrera. This is more notable. Perhaps a curveball can also be used to set up the fastball.

So then, let’s ask the question – does a curveball act as a ‘set up’ pitch for a fastball?

To answer this, I searched Baseball Prospectus’ pitch pairs for all pitchers who threw at least 50 FB|CB sequences in 2017 and then calculated the swinging strike rate for the second pitch in the sequence. I then did the same for CB|FB sequences and compared them to the average swinging strike rate for the pitch type. While my original hypothesis was that the curveball would have a greater effect on a proceeding fastball than in the other direction, it turns out not to be the case:

While the effect of the FB|CB sequence was of a greater magnitude than the CB|FB sequence, we can still see a significant effect in the latter. Pitchers who threw a fastball after a curveball enjoyed a 3.9% increase in their SwStr% compared to the average fastball. When viewed in context with the science of hitting, this makes some deal of sense. The average MLB hitter will have some 250 milliseconds from the point of release to decide to initiate his/her swing in time to make contact with a 90 mph fastball – any hesitation would result in whiff. Though more accurately, it could be said the hitter has 250 milliseconds to decide not to swing:

“For a batter, it’s not a matter of deciding if they are going to swing at a pitch, but rather whether they see something that stops them from swinging. Our research and development around this topic has centered around the idea of cues, indicators that help a batter identify whether they should continue swinging or not, and if so, where.”

A curveball can take up to an extra 140 milliseconds to reach home plate, when compared to a fastball. A curveball then, will hide a proceeding fastball off the same plane, to create enough hesitation to result in a swing and miss from the hitter. In short, a curveball is able to hide a high fastball and create uncertainty in such away that forces a hitter to hesitate long enough to elicit a swing and miss – a phenomena you may also hear referred to as slowing a hitter’s bat down.

To determine the hard curveballs and the slow curveballs, I simply split the sample based on the average flight time differential between the two pitches. As you can see in the table above, the harder curveball was superior in both sequences, while the FB|CB sequence had the upper hand over the CB|FB sequence.

By exploring pitch sequencing data we can confirm things we already believe to be true such as the positive effect of tunneling for curveballs. In other cases, it helps us to think about things in ways we wouldn’t have otherwise. As it turns out, the relationship between fastballs and curveballs is more mutually beneficial than one directional – a kind of friends with benefits perhaps.