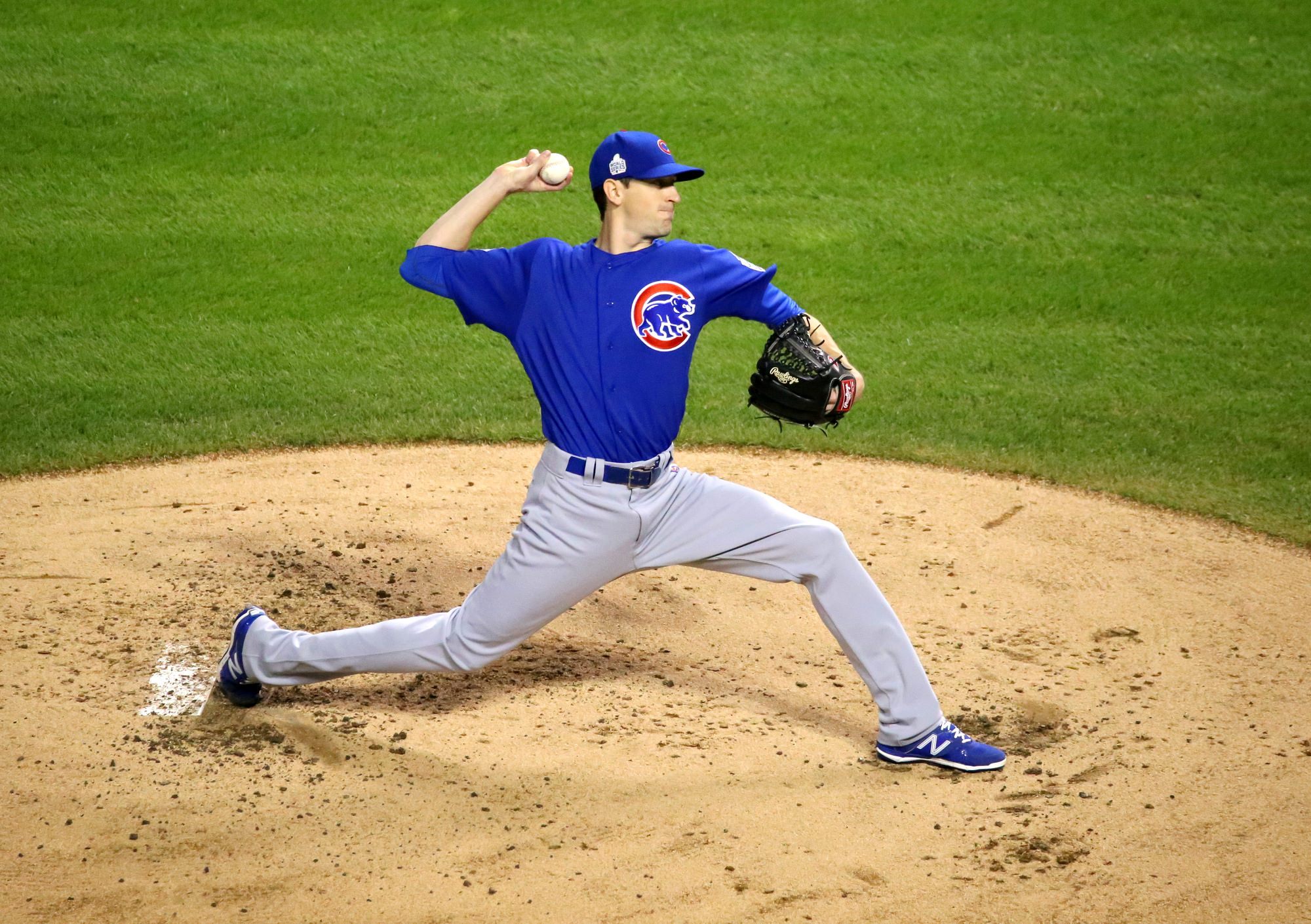 Chicago Cubs starter Kyle Hendricks has looked like one of the most dominating starters in the National League at times but it’s a balancing act that threatens to collapse at any time.

In 2016, Cubs starter Kyle Hendricks posted the lowest ERA (2.13) in all of baseball. Through the first half of the 2017 season Hendricks’ ERA had jumped to 4.09, his walks were up, strikeouts down and the 27 year old looked like yet another Cubs starter flailing in the early days of their World Series defense. These two snippets illustrate the tightrope Hendricks, a soft-tossing right-hander, must walk each start in the age of velocity.

The recipe to Hendricks’ success has always been a far cry from that espoused by most pundits – including the author – in recent years. In a time where fastball velocity and strikeouts reign supreme, Hendricks has always employed a more refined approach,  relying on a heavy sinker, excellent command and an uncanny ability to change speeds to keep hitters off balance and their batted balls on the ground. But with a fastball that routinely tops out at just 88 mph there’s little margin for error. To succeed at the highest level Hendricks has to be perfect – but in the first half of 2017 he wasn’t.

Let’s start by looking at this approach in action. First, some Hendricks fastballs:

I know what you’re thinking and no, I haven’t made a mistake, those are indeed fastballs. But Hendricks offers more than just a nasty sinker.

Yep, GIFs are fun. The second GIF in that set shows Hendricks’ change-up.  It sits around 7 mph slower than the sinker and is the primary off-speed pitch to both right and left-handed hitters. The right hander will also compliment it with a hard cutter and slow curveball.  So with an arsenal as nasty as that shown above, how did it go so wrong for Hendricks in the first half?

The first problem was fastball velocity. As mentioned above, with a fastball that has averaged just 88 mph over the course of his career, there is little room for any decrease in the speed of his fastball. However, in the early parts of 2017, Hendricks’ sinker was down over 2 mph. With his fastball velocity down, the strikeouts fell and the home runs soared to a career high 1.31 per regulation game. However, that wasn’t the only thing that went wrong for Hendricks to begin the year.

The image on the left shows, Hendricks location in the 1st half of 2017. The thing that should stand out is the significant amount of red squares in the middle of the zone. Throwing 86 miles per hour in the middle of the strike zone just isn’t going to get hitters out at baseballs highest level. On the right however, you can see the correction made by Hendricks in the second half. Gone are many of the pitches grooved over the middle of the plate and many more pitches are sitting on the corner and off. Coinciding with this, Hendricks’ average sinker velocity also jumped back up to its career norm of 88 miles per hour. With the extra bite to his sinker and significantly improved command, Hendricks returned to the dominant starter he had shown in 2016 posting a 2.19 ERA in the second half.

Kyle Hendricks has proven that he can be one of the very best starters in baseball more than once. However, with a fastball that routinely sits in the high 80’s, Hendricks walks a tightrope in every start – and it could all come falling down at any point.

One thought on “Kyle Hendricks Walks the Tightrope Everyday”